The post I did for #ScreenshotSaturday this week was well received, so because of that, we’ve decided to list up some more cool looking indie games game developers tweeted. Enjoy the list!

With a whopping 39 tweets in 24 hours, there is no debate that Incineration Games tweet too much content. This can lead to less engagement, and that’s bad, especially when the game looks this good! They don’t need to push marketing this aggressively.

This 2D side scroller is so colourful that I had to include it. Knight of Exile has a lot of nice art and a great style. Let’s hope DonXuglo Games ensure it turns out well.

Set in a world of old technology and untamed wilderness – this is Project Sky. The 3D graphics look great and it seems like a game I would totally play and enjoy. Project Sky is in development with GracefullySeth.

This Side is a survival horror game that wants to bring a terrifying experience with cooperative play. Will you find your way to freedom? This Side is in development with Rising and Crystal Realms Entertainment.

Theatre of Doom is a fast and intense top-down action game. Altery Games posted this screenshot to promote their sale on Steam and it’s 60% off!

This is a coincidence (honest), but Exocorpse also made the #ScreenshotSaturday list. This Deathmatch game made both lists because it was tweeted at the right time and one of the best tweets in the hashtag on those days. Gingerbread Games should be proud.

Shadows of Larth could be a good game to wishlist for fans of the ‘Soulsborne’ genre and the sword fighting just looks great. Zine FALOUTI can be proud of how this looks.

In The Middle of Zombies

In The Middle of Zombies is a top-down action game with survival RPG elements in development at Wabbysland. They have published an Alpha on Itch.io if you want to try it out.

In this title, you take the role of Oirbo, as you help him navigate this 2D Metroidvania. With lovely looking hand-drawn graphics, I look forward to seeing this one come along.

Another game trying to fund on Kickstarter, Alders Blood is the brainchild of Shockwork Games. Doesn’t this guy look cute? Well, he does look a bit uncomfortable.

Modest Hero is a game in development by solo game developer, Deniz Kayacan. This title is an action-adventure game set in the 19th century of France.

If you like discovery games, Critter Cove will be perfect for you. With pirates, quirky critter companions and the ability to sail in the high seas.

Explore untamed planets and take down the organisation your daughters mind. Sounds pretty crazy, but looks really good! Kamina Dimension also announced that there will be a Kickstarter campaign for MindSeize.

Salty Lemon Entertainment is showing Divine Commander at Gamescom this week which I’m sure is very exciting for them. Despite being busy there though, they’ve still managed to post a nice gif. Kudos!

This guy looks like he’s learning how to use Twitter for his indie game promotion by trying out if certain things work. It’s near impossible to find more about this game on his profile as well, but despite that, it still looks pretty good so I decided to include Curse of Arcania in the list.

Crimson Tales is developing a 3D adventure game. They have released the game in Early Access on Steam already.

A new creature Obscure Tales has created for Lamentum. Lamentum is a survival horror game for PC and Nintendo Switch and funded via Kickstarter.

Pilot Sports lets you fly around in different ways and score points by hitting the targets. A fun looking game that had to make it to the list.

Future of Virtual and Augmented reality (VR / AR) with many problems to be solved, Holonautic is developing Holoception.

Discontinue is a competitive Virtual Reality (VR) disc throwing game experience where your goal is to survive a synthwave style of obstacles. Postbeta tweeted this tweet and Discontinue looks fun as well.

Lazybench is a sidescroller made with pixelart. The game is on at Gamescom and has a demo there for Nintendo Switch.

This was all of the titles I have to bring to you from last Saturday. Let’s hope everyone agrees I picked some good games here. Keep in mind that I can’t showcase every good game I see, but the next list could be your turn. 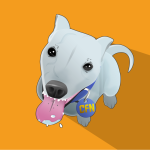