Influenced from classic old arcade games, Outbreak in Space VR is a game, which we could not experience in the past but dreamed of coming to reality one day.

Outbreak in Space VR requires you to move around, be fast, and have reflexes. It’s not only fun, but also is a good exercise.

Challenge yourself for high scores and be placed in the leaderboards!

Use your shield to reflect the ball and try to break all the bricks. Bricks usually drop bonuses to make the game easier or harder for you, just don’t pickup suicide!
Different bricks and bonuses give you different points. Your points will also drop every second, so try to be quick! Your point will automatically be sent to the leaderboards, so you can check how you did compared to all other players around the world.
3D Levels are very challenging but if you want a more laid back option, 2D flat levels are still a lot of fun to play because of how you use your shield in the 3rd dimension. 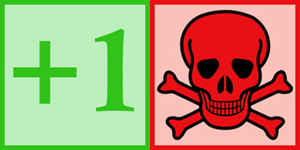 Ourbreak in Space VR is powered by Unreal Engine 4.

Outbreak in Space VR on Steam